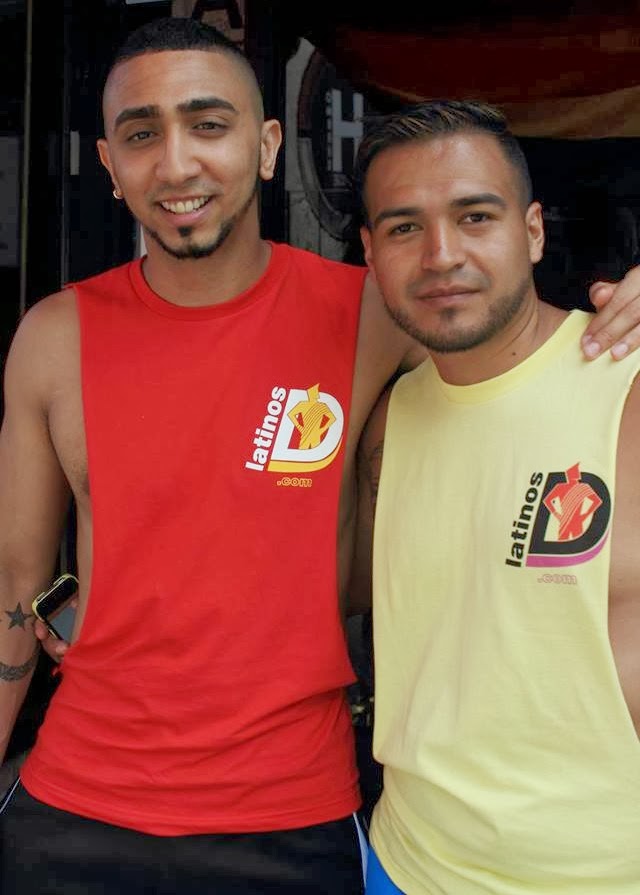 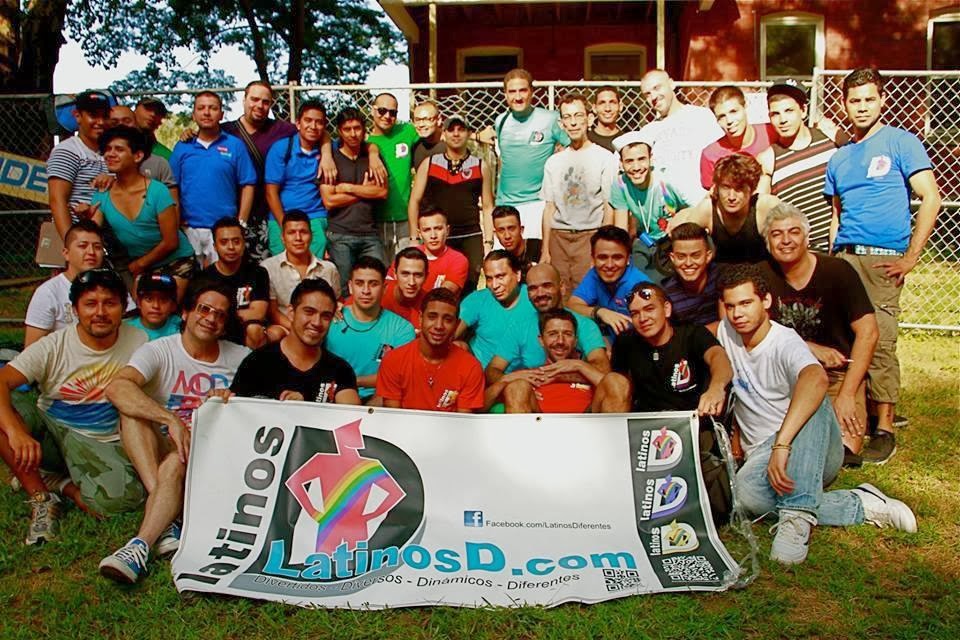 Posted by The Mpowerment Project at 10:17 AM No comments:

It was just another night, meeting some friends for a few drinks at a local club.
A guy looks at me. I look at him. I keep talking to my friends. Turns out that the guy and me share a common friend. So we start talking. We trade numbers. Days go by texting. We seem to have a lot in common. We decide to get together to watch a movie at my place. The movie starts. Our hands wander.  I don’t remember what movie it was. You get my point.

Since I met him through a common friend, I have a sense of comfort.  I convince myself that I don’t need to ask him about his status, nor do I need to wear protection. And I tell myself, “After all, he looks OK.”

The story repeats itself four more times. Up to this point you may be able to relate to this situation. What happens next isn’t talked about that often, but maybe it has happened to you.

We decided to get HIV tested before taking things any further. His test result came back HIV-positive, mine HIV-negative… He was in shock as much as I was; he did not hesitate in telling me his results.  When I received the news, I felt as if it was my result that came back positive. Since I really liked this guy, I was worried for him.  I wanted to support him, and didn’t know how.  But I was also scared personally.  All I could picture was all those sexual encounters, with no condoms being used.  The slip of paper I held in my hand, showing that I was HIV negative?  Suddenly that seemed like a cruel joke, setting me up for the next test result that could come back positive.

I knew that an HIV test can’t detect antibodies if a person had become infected in the week before.  So I asked around, and found my way to a local agency that works in HIV prevention.  The counselors explained to me that the “window period” before you can rule out a recent infection is from 2 weeks to 3 months. I understood that if I take another test three months from that moment, my results should approach 99.99 percent accuracy.  However, I also knew for a fact that if I got tested after three months and it still showed negative I wouldn’t be 100 percent convinced.  Fear was going to overrule logic.  It was going to be a long three months, and I’d probably still have a nagging fear for some time after that.

After all those HIV testing posters I’ve seen, and HIV prevention messages printed in magazines, I was kicking myself for drifting into unprotected sex without even talking about whether that was what each of us had wanted.  Maybe if we had talked about it, we both would have realized that even though we both assumed we were HIV-negative, past hook ups probably meant we should test first, before thinking about taking the condoms off.  The agency I went to has an MPowerment group for young Latino guys like me. They taught me how to talk about safe sex to my sexual partners, how to negotiate the use of a condom if a guy doesn’t want to wear one, or doesn’t want me to wear one, and even what to do if there is not a condom to be found.

My life has changed.  Because of this experience I decided to become a HIV counselor, too.  Every day I am learning new facts, and helping other guys to protect themselves and others. I am not looking at my life the same way. Not after this. I have to be more careful. Even though HIV is not a death sentence anymore, I see what my friends living with HIV have to manage: Doctor’s appointments, worries if their blood work numbers come in lower, fears of being rejected by partners who learn their status. I know what I have to do to stay away from the worry now.  And I hope that you do, too.

Is Truvada™ (PrEP) a magic pill, a bad pill or somewhere in between? There are a lot of opinions on the iPrex HIV study - the program that introduced the Truvada™ HIV prevention pill. We must do everything we can to stop HIV.  Truvada™ will be one more tool we can add to the mix.  Stay informed.

When the iPrex study was released,

it seemed to answer some questions, yet create more.

Who makes a good candidate for Truvada™?  How accessible is a prescription? Will insurance cover the cost? If I don't have insurance, how will I pay for it?

Truvada™ works as long as you take it as prescribed (one pill a day). Would you be able to commit to take one pill a day?

From the Center for AIDS Prevention Studies (CAPS) University California San Francisco (UCSF)  fact sheet on PrEP (link below). "PrEP should never be seen as the first line of defense against HIV. PrEP should be delivered as a part of a comprehensive prevention package that includes risk-reduction and adherence counseling, encouragement of condom use, and diagnosis and treatment of STIs."

"What is pre-exposure prophylaxis (PrEP) and is it effective in prevention HIV?" CAPS Fact sheet on PrEP

Fact Sheet: PrEP and PEP from BetaBlog - Looking for basic facts about PrEP and PEP? Start here for simple definitions of key terms.

My PrEP Experience-  Real stories from people who have chosen to use PrEP as one way to protect themselves from HIV.

Project Inform | PrEP "Getting access to PrEP starts with an honest conversation with your health care provider. Find one you feel comfortable talking to about sex and who is able and willing to prescribe PrEP for you. You will need an initial assessment and blood work done before getting the prescription. And, even afterwards, you need to see him/her regularly. If you don’t have a provider, you may be able to access PrEP through local clinical studies and other services." 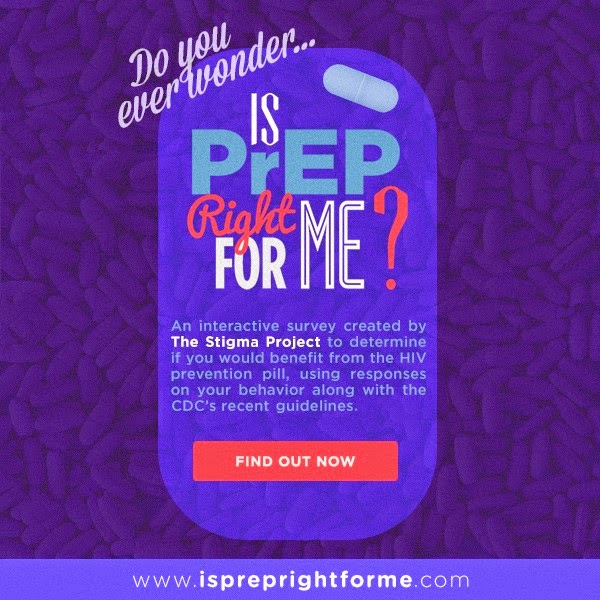 Is PrEP right for me? via The Stigma Project

NIH: Questions and Answers: The iPrEx Study: Pre-Exposure Prophylaxis as HIV Prevention Among Men who Have Sex with Men The iPrEX Study 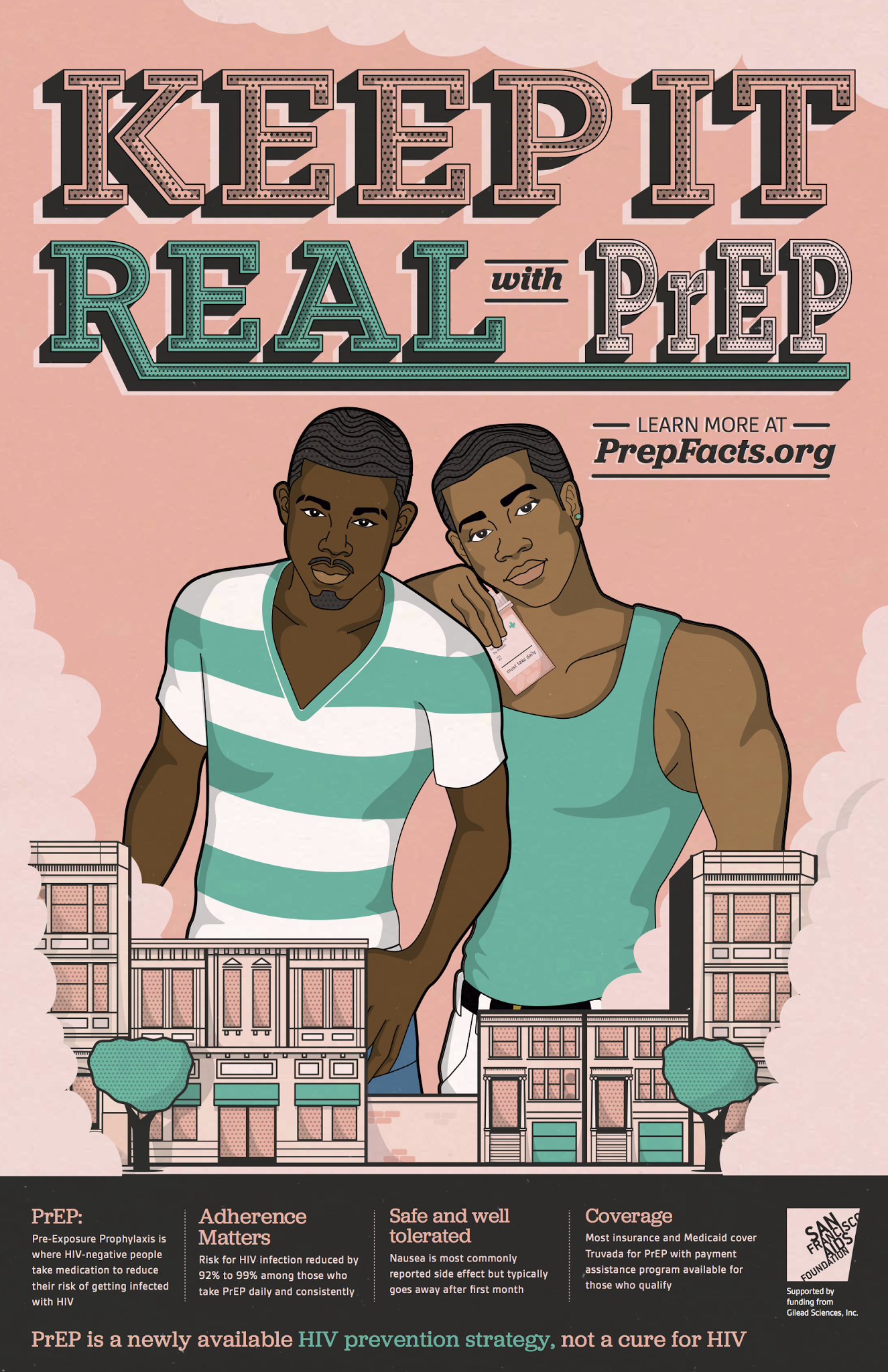 How Well Do Condoms and PrEP Prevent HIV Among Gay and Bi Men? via a POZ Magazine Exclusive.

No Magic Bullet, - Why Treatment as Prevention isn't just a 'Biomedical' intervention. No magic bullet

Even after Obamacare, it's still way to hard to get HIV medications.

"The most celebrated, mistrusted little pill in the world." Two old friends debate the daily drug that could revolutionize HIV prevention.

For doctors and providers:

The Centers of Disease Control -  CDC | Resources for Doctors / Providers

My PrEP Experience blog:  Animated Video "What is PrEP?"

Posted by The Mpowerment Project at 10:02 AM No comments:

Want to learn more about PrEP? SAVE THE DATE: March 10th for what will be a very informative discussion on #PrEP. #PrEPForum #HIV
Panelist from differing vantage points (doctors, researchers, community leaders and providers, consumers, and those interested in learning more) will discuss the current and upcoming status of PrEP.

Among the topics to be explored are:
Who are those most appropriate for PrEP?
How will it support current prevention strategies?
Access and cost?
What will be or are the biggest challenges in getting those at highest risk for HIV to participate in PrEP and what needs to be in place address those challenges?
What's it like for someone currently using PrEP as their prevention method? etc.

LUNCH WILL BE PROVIDED

We look forward to your attendance and participation in what will be a lively discussion. To register please click this link:  PrEP Forum Registration 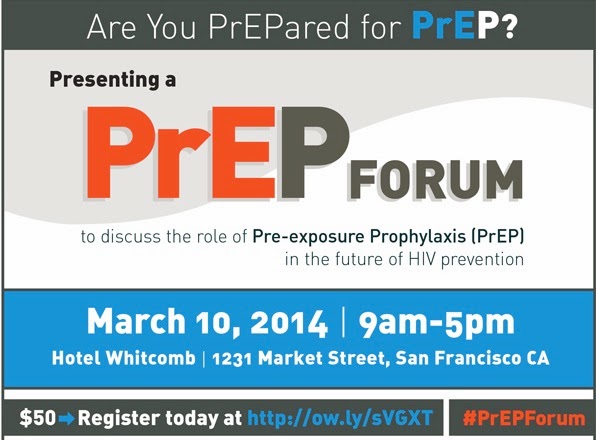 
Posted by The Mpowerment Project at 11:45 AM No comments:

Together creating communities for friendship, for health, for life.

Each year we've been incredibly impressed by the tremendous enthusiasm and energy surrounding HIV prevention for young Gay and Bisexual men that we've observed in communities across the country. Many community-based organizations (CBOs) have been implementing the Mpowerment Project for years, and this blog is dedicated to what we've learned from them.

What is The Mpowerment Project?

If your organization is looking for a program that can make an enormous difference in the lives of millennial young Gay and Bisexual men ages 18-29, then the Mpowerment Project may be right for you.

The Project is run by a 'Core Group' of 10-20 young Gay and Bisexual men from the community with the support of 'Coordinator(s)' who are paid staff. The Core Group, along with other particpants, design and carry out all Project activities. Ideally, the Project has its own physical space where most outreach events and meetings are held. The Project space can also serve as a drop-in center where young adult Gay and Bisexual men can organize, meet and support each other.

Interested? We've created a short 10 minute audio-slideshow for you. Take a look at our research papers - it's all here: Mpowerment Project Overview

The MPowerment Project is one of the Centers for Disease Control ( CDC ) effective interventions.


A little about us.

We are researchers from the Center for AIDS Prevention Studies (CAPS) at the University of California San Francisco (UCSF). We developed the Mpowerment Project; designed from multi-site projects first implemented in Eugene OR (1995), Albuquerque NM (1997) and Austin TX (1998). We wrote the Mpowerment manual in 2002 and updated it in 2010.

Let us know if you have any comments, questions or feedback- we'd love to hear from you.

The Mpowerment Project is one of the Centers for Disease Control ( CDC ) effective interventions.

Implementing the Mpowerment Project is a community solution..

Let us know how we can help your organization. We provide Capacity Building Assistance (CBA) to CBOs, and you can always reach out to us directly. For in-depth or on-going assistance the best way to request assistance is through the CDC’s CBA Request Information System (CRIS). Be sure to include our name (University of California San Francisco CAPS) in your CRIS request.

If you are funded through your state or local Health Department (HD) you may access the CRIS system here:  Capacity Building CDC request system | non CDC funded sites 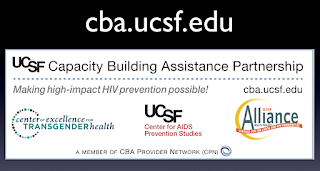 'Together creating communities for friendship, for health, for life.'

Posted by The Mpowerment Project at 3:51 PM No comments: